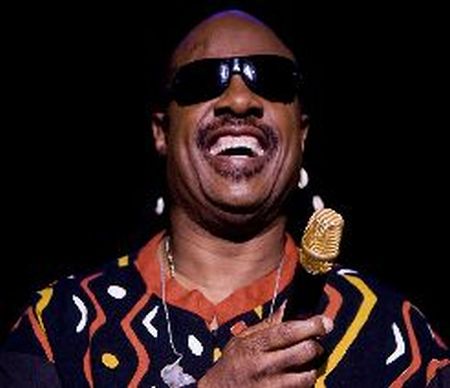 YEAR 2022
"A Grammy Salute to the Songs of Paul Simon" is the tribute to which Stevie Wonder joined accompanied by Ledisi, Jonas Brothers and Sheila E. with two songs by the honoree Paul Simon; "Mrs Robinson" and "Bridge Over Troubled Water".

One more year -and it's already 24- Stevie Wonder launches his House Full of Toys -"Let's Show the World How to Love Again"- to help people in need. It was held on December 17 at the Microsoft Theater in Los Angeles accompanied by artists such as Gregory Porter, Jody Watley, Teddy Campbell or Kimberly Brewer.

Stevie Wonder -accompanied by Charlie Puth, Ari Lennox and others- paid tribute to Lionel Richie at the 2022 American Music Awards on November 20. They performed several hits by Richie and The Commodores, ending with the legendary "We Are The World".

Two new awards are added to his track record; on May 7th will be honored with a Doctor of Humane Letters degree, honoris causa for his musical success and contributions from Wayne State University in Detroit. And on the other hand, on May 10, the inaugural Icon Award granted by the Legal Defense Fund (LDF) in New York in recognition of his constant work throughout his career and his commitment to racial justice and equality.

Stevie Wonder participates in the new works from Pearl Jam frontman Eddie Vedder in the song Try, also in the song Champagne Glasses of Cordae, and in PJ Morton's latest work Be Like Water.

YEAR 2021
This year 2021 again Stevie Wonder organized -after the 3 year impasse due to his kidney transplant and the COVID-19 pandemic- the House Full Of Toys charity concert for the collection of toys in aid of children, people with disabilities and families in need. It was on December 18 in the city of Los Angeles.

Stevie Wonder did performs and was present at the Kennedy Center Awards ceremony that was presented this December 5 honoring the career and artistic excellence of the creator of Motown Records, Berry Gordy, jr.

At the Global Citizen Live that was held on September 25 to raise funds to stop the hunger crisis, protect the planet or end COVID-19 among many other objectives, it was attended by Stevie Wonder. There he performed some of his hits and two new songs "The Living Killing Life", and "This I Know".

Elton John has announced the release of "The Lockdown Sessions", a collaboration album that will include the duet with Stevie Wonder "Finish Line".

Percussionist Sheila E. has posted a photo with Stevie Wonder (2021-09-01), announcing that they were working on Stevie's new album. Stevie Wonder & Sheila E.

In January 2021, the Black Music & Entertainment Walk of Fame was created with the aim of honoring iconic figures who have contributed to the cultural richness of the black community. Quincy Jones, Otis Redding, James Brown and Stevie Wonder will be the first to earn that spot on the new Black Music and Entertainment Walk of Fame as founding members. The presentation ceremony will be on June 17 along with 7 more categories and one to Michael Jackson for his legacy.

Helping to spread awareness of the Black Lives Matter (BLM) movement, Stevie Wonder teams up with Sheila E. to virtually perform one of her classics, Jesus Children Of America.

March 28, 2021 Malcolm Cecil passed away. He is one of the fundamental and key parts of the sound and success of Stevie Wonder's first albums of the 70s. Humanizing technology

Stevie Wonder received on February 9, 2021 the Wolf Prize that is awarded in Israel. An award that highlights living scientists and artists for evements in the interest of mankind and friendly relations among people ... irrespective of nationality, race, colour, religion, sex or political views."

YEAR 2020
Carole King, Céline Dion, Gloria Estefan and Stevie Wonder among others, participated in a virtual concert this November 26, 2020 for the benefit of nurses, in recognition of their work in the coronavirus pandemic.

Stevie Wonder supported the campaign for Joe Biden in the city of Detroit on October 31, 2020 presenting in live his two new songs.

Stevie Wonder leaves Motown label and will release new songs under his own label -So What the Fuss Records- distributed by Republic Records of the Universal group. These are two of his new songs to benefit Feeding America, "Can't Put It In The Hands of Fate" and "Where Is Our Love Song".

In the New 500 Greatest Albums of All Time List Published in 2020 by the magazine The Rolling Stone, Marvin Gaye takes the top spot with "What's Going On," and Stevie Wonder's "Songs In The Key Of Life" at No. 4.

Stevie Wonder with his kids Kailand and Mandla Morris are the cover of Odda magazine -biannual contemporary fashion and culture magazine- for the month of September 2020. 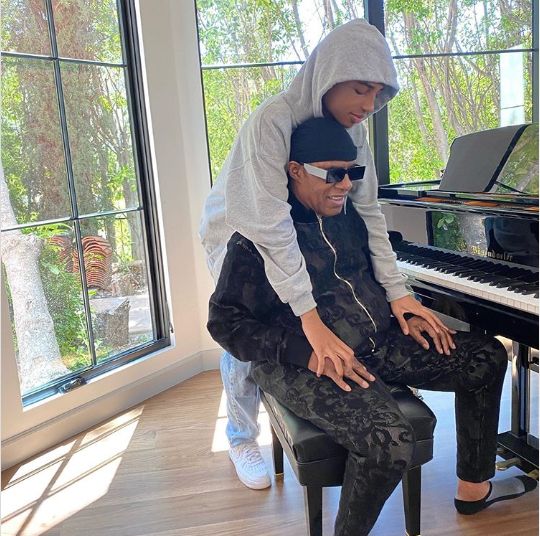 Neil Diamond -retired due to Parkinson's disease- returned on his last album with the London Symphony Orchestra and accompanied by Stevie Wonder on harmonica on the song "September Morn".

One World: Together at Home was the online macro concert that was held on April 18 with various artists such as Paul McCartney, Elton John or Andrea Bocelli among others. Stevie Wonder participated singing "Learn On Me" and "Love's In Need To Love Today".


Stevie Wonder planned to play with Bill Withers before the tragic news of his death on March 30.

Stevie Wonder surprises to Nathan East with his presence at Namm 2020 this past January. Stevie wears a protective mask after his recent kidney operation.

Stevie Wonder is recovering at home from the kidney transplant operation. One of his first official appearances in public was going to be in the Grammy delivery of this year 2020, but it has not been that way.

NEWS FROM PREVIOUS YEARS
A massive mural has been unveiled in Detroit, Stevie Wonder's hometown in his honor. 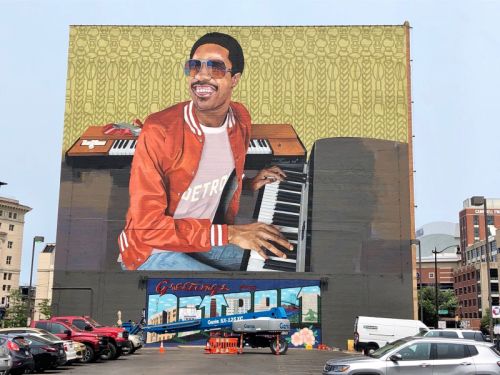 Stevie participated in the British Summer Time Music Festival at Hyde Park London, announcing that he needs a kidney transplant, but that everything was fine and it will be at the end of 2019 when he will undergo this intervention.

Motown celebrates in this year 2019 his 60th anniversary with a compilation of 60 songs that include three unpublished songs by Stevie Wonder: "Mister Moon", "Can't Do Without Your Love", and "Start Out A New Day".

Stevie Wonder was inducted as a songwriter at the June 23 ceremony, held at the Charles H. Wright Museum of African American History in Detroit.


At this year's annual House Full of Toys Benefit, Stevie Wonder will support -apart from children and the most disadvantaged people- the firefighters and lifeguards who helped in the California fires. The charity was presented as "The Stevie Wonder Song Party: A Celebration of Life". Love & Music" and will be held at the Staples Center in Los Angeles.

Stevie Wonder did lead the list of musicians who did honor Aretha Franklin on August 31 at her funeral.


Stevie Wonder did perform a series of concerts during the months of August and September.Stevie Wonder Song Party: A Celebration of Life, Love and Music.


Aretha Franklin announced her final goodbye, indicating that she would publish a new album with the production of Stevie Wonder. After his death on August 16 remains as unknown.


Milwaukee Avenue in Detroit is renamed Stevie Wonder Avenue in honor of a man who is a living legend of music.


Stevie Wonder says he is working on three albums with possible soon; one with the composer, producer and winner of numerous Grammy David Foster called When the World Began, another will be called Ten Billion Hearts, and the gospel project, after his mother, Gospel Inspired by Lula.
Home | Biography | Discography | Songs
steviewonder.es ® is a registered trademark. All content © 2008-2023 by izugarria.
All contents of the site including, images, video, names, trademarks & logos, are property of their respective owners.