Stevie Wonder: a gift from the gods 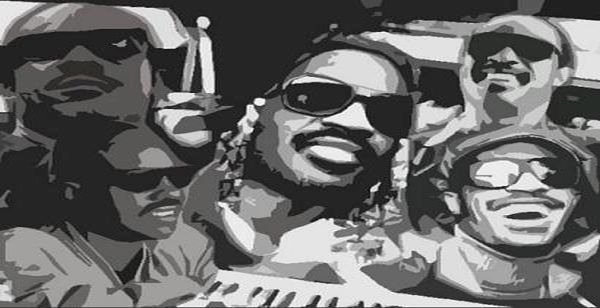 A May 13, 1950, and like a as if he were a messiah of music, there was a being that would enlighten and lead the way of the most popular and universal cultural events, the music. He was born lacking the sense of sight, but it never seemed to be an impediment to their personal and creative development. Decades have been gratifying and generous offerings as songs, which at times have brought to the rhythms and sounds of the moment, and others have been the vanguard that has helped build a solid foundation and strong performance of the music of today and the future.

Saying he was born destined for music is obvious. He was only 9 years old when he could play the harmonica, piano or drums. The music was and felt inside, outside light radiated own, unique and dazzling that could not be ignored. 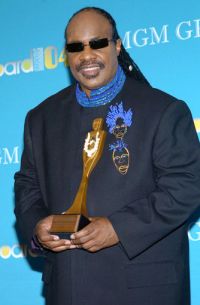 Uncover hidden from the 60's, when Motown signed him, Stevie has continued to leave marks perennial in the history of music. At just 12 years old was the first artist to put the single and album simultaneously at number one on the charts and won the first number one album for Motown company.

He was perfecting his style, drinking from sources diverse as R&B, rock, jazz and funk, creating an own inimitable sound, which was reflected in the 70's. It was the first singer to take over for the first time in history, recording almost every instrument on the album, in control and production tasks, composition and arranging. He was rewarded with a handful of Grammys, being also the first African American to win one in the category of Best Album.

He won an Oscar for the best original song, He is part of the "Rock 'N Roll Hall of Fame" and the "Songwriters Hall of Fame", awards including the Billboard Century, the Gershwin Prize, the Grammy Lifetime Achievement Award by a life dedicated to music or the one received in France Commandeur des Arts et des Lettres.
The list is endless, their creativity and influence has been absorbed naturally by all generations of composers and singers of the last century, and this new 21st century.

Considered by prestigious music magazines to be one of the best singers of all time, with several albums among the best of the twentieth century, and a vital presence fresh and vigorous as we see through his live performances, we can not be more optimistic for the future that comes.

Become a fan of someone makes you look through a prism that distorts reality, but seeing the legacy of Stevie Wonder and above all, listening to his songs, I think Stevie Wonder has the prism sonorous more pure and transparent of the Earth, able make me feel emotions, enjoy with his music and you not feel cheated. Stevie turns 72, but his spirit has not changed, he is a musician and especially a generous man who continues to preach his message of peace, love and support through music and generous actions as a Messenger of Peace. Soon reach new works as "The Gospel Inspired By Lula", "Throught The Eyes Of Wonder", or maybe the album of duets with Tony Bennett. The twenty-first century will continue cultivating the creativity of Stevie, but his legacy to this day is unforgettable and so we see in the playlist, with a sample of his talent in each and every one of the decades.

From the bottom of my heart (XXI century)

Knocks Me Off My Feet (XXI century from Live At Last)

Can't Put It In the Hands of Fate (XXI century sneak peek new album 2020/21)
Home | Biography | Discography | Videos | Songs | Grammys | Top ten
steviewonder.es ® is a registered trademark. All content © 2008-2022 by izugarria.
All contents of the site including, images, video, names, trademarks & logos, are property of their respective owners.